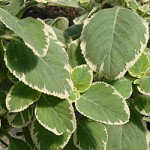 Plectranthus barbatus var. grandis 'White Rhino
$13.50
(White Rhino Indian Coleus) The largest Plectranthus we grow, both in stature and in leaf size - growing to 3 feet plus tall, with leaves 4 inches long and 3 inches wide. The intricate three-color variegation is enhanced by the golden glow of the new growing leaves. This is a spectacular plant in all ways.
Rated: 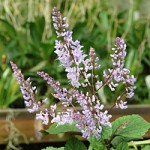 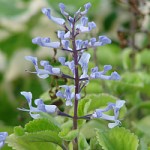