Ask Mr. Sage: Can I Plant Salvias in Summer? 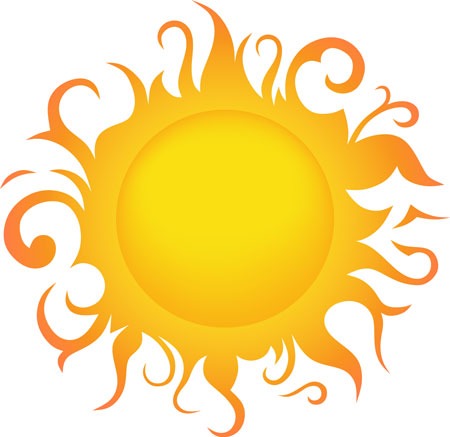 My grandfather always used to say, “Plant after May, you better pray.” But I’ve noticed that isn’t always correct. For example, my tomatoes and zucchini seem to grow faster if I plant them when hot weather arrives. Where I live, we don’t have consistently hot days until the very end of May. Do Salvias like hot weather? Is it okay to transplant them in summer?  Will they have a long enough growing season for blooming if I plant in June? Please forgive me, but I’ve got lots of questions.

No need to apologize; these are helpful questions. But before I answer them, I need to warn you and other readers to be wary of advice in the form of adages when it comes to gardening. A lot of rules are made to be broken, and some sayings are flat-out wrong.

For example, plenty of Salvias show little growth until summer arrives, so it doesn’t do much good to transplant them in spring. Rising temperatures and increasing hours of sunlight sometimes are the reason for this pattern of growth. But there are also mysteries we continue to puzzle over about why some sages just aren’t ready to grow until summer.

For example, two kinds that are happy with summer planting are the American native West Texas Grass Sage (Salvia reptans) and Nodding Sage (Salvia nutans), which is native to Eastern European countries including Bulgaria, Hungary, Russia, and the Ukraine. Even if spring is hot, S. reptans’ flower spikes don’t emerge until summer. S. nutans isn’t a heat-tolerant sage, so temperature may not be the central factor causing its grass-like flower spikes to shoot upward. Transplanting either one early in the growing season doesn’t change its pattern of emergence.

Concerning hot weather, many sages, like S. reptans, thrive in heat. Others withstand high temperatures but prefer afternoon shade in areas where summer temperatures are intense. In our online catalog of plants grown at Flowers by the Sea Farm, our plant descriptions include something called the Cultural Icons Tab. If you click on it, a page of symbols — including a thermometer representing heat tolerance — appears giving you a rapid survey of a plant’s many characteristics. The icons also include symbols for needs such as full sun, shade, and water.

But even if the icons identify a plant as preferring full sun (a minimum of six hours of direct sunlight) and being drought resistant — such as the Mexican native Snowflake Sage (Salvia chionophylla) — it still needs greater care when transplanted in summer. You need to give extra attention to selecting the planting location, providing temporary or ongoing partial shade, mulching, and the amount of watering needed.

Location. Even if a plant’s cultural icons identify it as needing “full sun” (six hours or more of direct light a day), it isn’t necessarily heat tolerant. The intensity of full sun varies from one region to another. Full sun is easier for a transplant to handle in a low-altitude, coastal area where summer temperatures are moderate. But in places where altitude and summer heat are much greater, you may need to locate the sage where it will receive a few hours of shade during peak temperatures. Being close to a shade tree, shrub, or taller perennial may work magic if the sage is positioned to receive shade in the afternoon.

Shading. Speaking of shade, sometimes a full sun plant needs partial shading only for a few weeks as it adjusts to its new home. If you plant a full flowerbed in summer, it may be necessary to set up a temporary canopy constructed of shade cloth attached to PVC piping or wooden stakes. For a single plant, shading can be accomplished by punching a stick through a small piece of lightweight cardboard and angling it to absorb the sun’s rays when heat is most intense. Here’s an example of this tiny shade tent technique.

Watering & Mulching. Summer transplanting requires care to avoid drying out tiny root balls by losing soil moisture to hot surrounding air. Sages that will grow up into amazingly drought-resistant plants at maturity need daily watering for about a month when first transplanted. Then you gradually begin cutting back on the amount and frequency of irrigation. But you never totally forgo watering during the plant's first season. Also, watering early in the day is best for moisture retention.

Mulching also limits evapotranspiration, so add about an inch-thick layer of bark, compost, worn-out potting soil, or pea gravel to a Salvia flowerbed. Gravel is a top choice for extremely drought-tolerant sages, such as those in a dry garden that relies on natural rainfall instead of supplemental watering. Be careful not to mound any organic mulch right at the base of plants — especially sages — because it can damage a plant’s crown if mold develops.

Now, on to your final question about whether transplanting in summer decreases length of bloom time. The answer is that it depends on the Salvia you are growing.  Spring planting increases the flowering season for some sages, such as the heat-tolerant VIBE® Ignition Purple Jame Sage (Salvia VIBE® ‘Ignition Purple’), which is one of our earliest and longest bloomers. Yet a number of sages that begin their growth spurts in summer start flowering in that season and continue through fall.

Finally, it’s important to remember that fall is one of the best seasons for planting perennials, including Salvias. The days are cooler than in summer and the soil is warmer than in spring. It’s a good time to establish roots for vigorous development in the next growing season even if they won’t go gangbusters until the following June.

So, please don’t worry. It’s not too late to plant.

Thanks for your question, 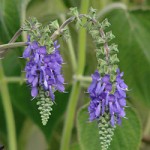 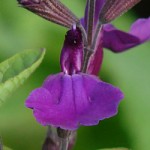