Ask Mr. Sage: Where Can You Grow Agastache? 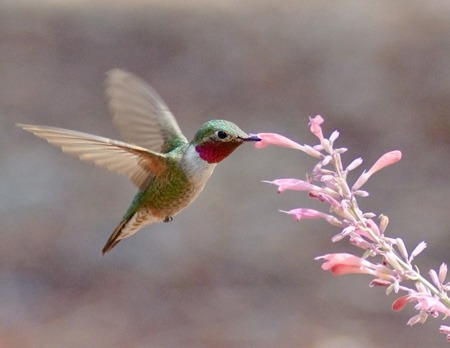 Dear Mr. Sage,
I live in Pennsylvania. While visiting friends this past summer in New Mexico, I saw a lovely pink Agastache called “Ava” that was attracting hummingbirds.  My local garden centers don’t seem to carry it, and I haven’t seen it in my friends’ gardens. Maybe this is a sign that Agastache are a bad choice for my climate.

I’ve shopped online at Flowers by the Sea, but never looked here for Agastache until now and notice that you sell Ava. Do you have any advice for me about whether it will work in my garden?

Thanks,
Anxious about Agastache

Dear Anxious,
Yes, we grow Agastache x ‘Ava’, which is a lovely plant but is better adapted to dry climates than where you live. Don’t lose heart, because we have some great kinds of Agastache that are likely to grow beautifully for you.

The first thing to know about Agastache is that there are many different species. In fact, the U.S. Department of Agriculture PLANTS database shows that the genus is native to every continental state in the U.S. except Florida, Louisiana, and New Hampshire. Click on the website’s “Subordinate Taxa” tab to see all the many types and the states where they are native.

Second, it sounds like you may be a hummingbird gardener, and you need to know that hummingbirds love Agastache in general. That’s likely due to the fact that almost all plants in the genus are native to the Western Hemisphere, and so are hummingbirds. They were made for each other.

Agastache foeniculum, which is commonly called anise hyssop as well as blue giant hyssop, has become a popular species for hybridizing. This is due, in part, to its vivid, densely plumed bluish-purple flowers. Three of the hybrids we grow at Flowers by the Sea Farm are crosses between A. foeniculum and the cold hardy East Asian species A. rugosa, which is also referred to as anise hyssop but often called Korean mint. They are:

Aside from being cold hardy — defined as regularly surviving the winter chill of USDA Plant Hardiness Zone 5 — A. rugosa can handle more water than Southwestern types of Agastache. It is native to moist locations including grasslands, streambanks, and valleys in China, Japan, Korea, Laos, and Vietnam. Rugosa means “wrinkled” and refers to the plant’s leaves — a characteristic that sometimes appears in its hybrids.

Agastache rugosa appears to be an important contributor to the Kudos Series of dwarf Agastache from Oregon’s Terra Nova Nurseries. We say “appears,” because we aren't certain about their parentage. For breeders, the parent plants of their hybrids are often closely held secrets. However, if you dig deeply enough into plant patents to untangle these relationships, it becomes apparent that Terra Nova experiments with a wide variety of combinations of A. rugosa and Agastache species from other parts of the nation including the Pacific Northwest (A. cusickii) and the Southwest (A. cana).

Kudos Agastache do well for our customers nationwide from the Pacific to the Atlantic coasts and from the High Plains to the Deep South. Here are the ones we grow for our online FBTS Nursery.

Learning about the native habitat of any plant can tell you a lot about whether it may succeed in your garden. We don’t know the precise parentage of all the Agastache hybrids we grow. However, when we do or when we can make a good guess (as in the case of the Kudos Series), we include that information in the details section of our plant descriptions.

Now, back to Agastache x ‘Ava’: It’s a hybrid of two kinds of Southwestern Agastache that thrive in gritty soils high in mineral content and low on nitrogen. They are A. cana (native to New Mexico and Texas) and A. pallida (native to Arizona, and sometimes called A. barberi). By comparing your area’s average annual rainfall to that of the Southwest, it looks like Ava’s roots may get too much water where you live.

Thanks for your helpful question. 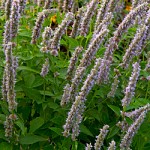 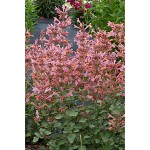 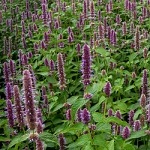