Your cart is empty.
You are here    Flowers by the Sea / Ask Mr. Sage / Ask Mr. Sage: How to Prevent Root Disease in Plants for Dry Gardens... 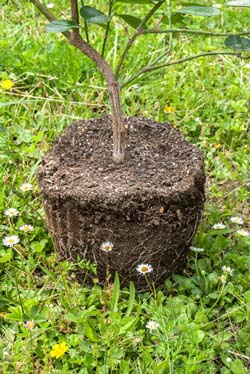 Also, chemical fungicides aren't effective enough against root rot complex to warrant their use. For example, Oklahoma State University researchers in 1992 found that chemical fungicides did little to control the oospores of Pythium and that these "hardy" spores can last for years in soil or soilless potting mixes.

Deborah Garcia
Can't say enough about FBTS. What a great resource. I have a salvia/cuphea garden for birds and bees in my front yard and have landscaped the back yard with many companion plants all from FBTS. All plants arrived healthy and have thrived with planting. You just can't get this variety anywhere...
Shotsy Faust
All four Salvias arrived in excellent condition. Set out immediately and noticed great root structure in all as I removed from pot. Set out in fall in Texas. First freeze scheduled for week of 11-12-14. Mulched well. Crossing fingers. NH
Nancy Hancock
I ordered a variety of salvias this year, and they all arrived excellently packaged, healthy, very well rooted, and ready to go outdoors. This is the second year I've ordered from Flowers by the Sea; the salvias I planted last year are already blooming up a storm and beautiful, so I can't wait...
Megan
Thanks for the fast service, and the very healthy plants. I've had them about a month now and they are doing very well. I sat outside for awhile yesterday and a hummingbird flew into my little flower garden, straight to the 7-up plant I got from you. She went from flower to flower all over that...
Sue
Beautiful plants well packed for winter delivery arrived in great shape, thank you!
Chris Malik
Just one day's shipping and my plants were delivered, packed so nicely with loving care. They are just lovely, already with tiny buds just ready to bloom and I am ready to add them to my salvia garden for everyone to see and we all can talk about salvias and our love for them and all other...
Bette Marie Vogan
Thank you, thank you, thank you! I love my Echium 'blue steeple'! I received the plants healthy and ready to transplant. I will definitely be a repeat customer...
Nancy Barsotti

Randy Collins
I have found FBTS to be a very good experience so far. Very helpful on the phone in answering my questions. Not sure yet how my plants will fare, but if they do not do well it will most likely be my errors! Plants look great so far!!
sally
Submit a Testimonial
Read More