Your cart is empty.
You are here    Flowers by the Sea / / Salvia greggii: Discovering a Riot of Color... 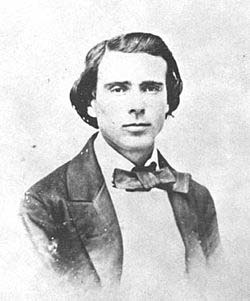 It would be inaccurate to refer to the woody perennial Autumn Sage, or Salvia greggii, as coming in a rainbow of colors, because there is no true blue in the bunch.

However, S. greggii cultivars form a riot of lipstick-intense reds, pinks, corals, apricots, oranges, lavenders and purples. Whites, pale yellows and bicolors also are members of the vivid species. The palate expands further still in the case of crosses between S. greggii and other Salvias.

No doubt it was the surprising color and fragrance of these shrubs in the dry, rocky landscapes of Texas and Northern Mexico that piqued the scientific curiosity of 19th century frontiersman, doctor, trader, writer and amateur botanist Josiah Gregg.

Gregg was a Tennessean who found a cure for frail health in the wide, open spaces of the West. Beginning in the 1830s, he made multiple journeys across the Great Plains to the Southwest. Gregg became fluent in Spanish and, in 1844, published Commerce of the Prairies about his experiences along the Santa Fe Trail.

Consequently, in late 1846, the U.S. Army persuaded the somewhat reluctant Gregg to accompany its Arkansas Regiment as an interpreter and guide during the Mexican-American War.

Somehow, Gregg found time to pursue a new hobby inspired by medical school mentors who shared his interest in botany. He began collecting plant specimens around Saltillo, Mexico, near the site of the Battle of Buena Vista and sent them back
east to his friends.

Eventually, the plants reached Harvard University where Asa Gray classified them, naming many after Gregg. Some have been reclassified and retitled since that time, but the botanical name of Autumn Sage has retained its connection to Gregg.

At Home in Sunny, Wide-Open Spaces

In his biography about Gregg, Southwestern botanical historian Gene Jercinovic describes him as being someone “who enjoyed being in the middle of nowhere.” It is also an apt description for S. Greggii, a plant that likes wide-open spaces and full sun except in desert lowlands where the heat may be so severe that it needs partial shade. Despite its common name, Autumn Sage blooms vigorously from summer through fall.

Scientists now know that S. greggii is native to a long, stretch of high-altitude habitat from Southwestern Texas to the state of San Luis Potosi in central Mexico.

Horticulturists have discovered that it can thrive in U.S. Department of Agriculture plant hardiness zones 5 to 10. With careful planting and nurturance, it survives chilly Rocky Mountain winters as well as the humidity of semi-tropical and temperate coastal areas.

S. greggii is low maintenance, but it needs well-drained soil, deep watering once a week when heat is intense and a heavy blanket of leaf mulch during winter in areas with freezing temperatures. To avoid overly woody growth and lankiness as well as to encourage profuse, repeated bloom, some gardeners trim about a third of its height at the end of winter, spring and summer.

Although first cultivated in 1885, S. greggii didn’t become begin its ascent to Salvia stardom in West Coast nurseries until 1985. Now there are hundreds of varieties to choose from, and new hybrids are introduced annually.

At Flowers by the Sea, we base our choices on vigor, a broad range of colors, long bloom times and beautiful foliage as well as flowers. From the ethereal, luminescent white blossoms of S. greggii ‘Texas Wedding’ to the hot pink of S. greggii ‘Cold Hardy Pink’, we love all our Autumn Sage cultivars.

One variety of particularly unique color is S. greggii ‘Lowrey’s Peach’, which has glossy foliage and reddish-orange blossoms that end in creamy peach bottom lips with bright yellow throats. It thrives in Zones 7 to 9 and is hardy to at least 10 degrees F. Similar to most S. greggii cultivars, Lowrey’s Peach is a short, mounding shrub. However, it is one of our bigger choices, growing up to 36 inches tall and wide. Mass it with flowers in shades of deep red, pink and yellow, and this standout will inspire a riot of compliments.

the nelson cuphea looked very, very healthy with generous leafage and a strong root system
dooner
I'm in love with your plants and look forward to their arrival every year! They are always beautiful and healthy! Few people offer the selection that you have and I'm thankful for your website!
Jasmine
I have never had such great service from another website for plants. First, your shipping and arrival was quick, but mostly the condition of the plants and how you took special care in making sure each separate plant was wrapped securely and made a gentle arrival to me, that says a lot. The...
Kris
I have neglected to say thank you for offering such a wonderful plant as the \"Salvia Amistad\". I ordered two of these last spring and and my hummers (hummingbirds) fight over them non - stop. Here we are almost at October and in Michigan that means those little jewels will be a memory soon....
Dave Hayford
This is the kind of plant nursery that is love at first sight. Whether you are opening their meticulously well-packaged boxes full of robust, rare and beautiful plants or whether you are just perusing their website packed full of information, photos and videos, you are certain to find something...
William (in Washington state)
I live in NY and wanted to try my hand at growing California salvias. Flowers by the Sea had so many of the plants I wanted and more. I am currently growing 10 different varieties and they are doing great. Whenever I had any questions about growing tips and such FBTS always tried their best to...
Barnaby Black
I ordered 3 of the Salvia x Greggii (Rasberry Delight) and 2 of Salvia Coahuilensis. All arrived at the time promised. As recommended,I set them under a tree to recover from a 7 days journey to the east coast. They were planted in the ground about 10 days later and all are doing very well. I`m...
Constantine
All of the plants arrived in excellent condition and are thriving beautifully in my South Carolina garden
Hutchinson D. Cummin
I'm very impressed with the quality of you're plants. The five or six I've ordered the past two years are thriving . I will continue to order from you as long as I have room in my garden. Just a great website to have discovered ! Thanks, Spencer
spencer cornish