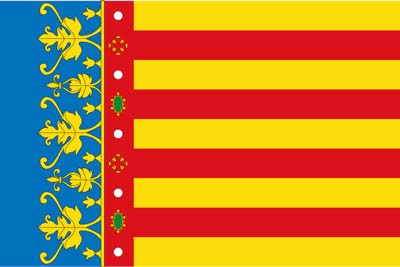 S. valentina is upright and grows about four feet tall and three feet wide. It looks elegant dressed up in tall spikes of deep lavender, double-lipped flowers from spring into summer. This meadow sage's fuzzy bracts and stems mature from green to rich Marsala wine.

At Flowers by the Sea, we love this new, easy-to-grow addition to our online Salvia catalog.

Shade and Heat Tolerant
Despite being rare in the U.S., Strong Spanish Sage passes the test of being a nearly trouble-free plant in the moderate climate of our Northern California farm. It tolerates heat during our dry, Mediterranean-style summers and is adaptable from full sun to partial shade in a variety of well-drained soils.

In the wild, it's mainly found in dry grasslands, scrublands and forest margins at elevations of roughly 600 to 2,400 feet.

Strong Spanish Sage is a perennial cold hardy to USDA Plant Hardiness Zone 7 where it withstands minimum winter temperatures of zero degrees F. Despite having been introduced to horticulture well over 200 years ago, it's little known in America. That's a shame due to its ease of care, good looks, long bloom time from spring into summer and moderate water needs.

Iberian Geography & Culture
Portugal and Spain form the Iberian Peninsula. The Sistema Ibérico is a chain of mountain ranges that stretches from north-central Spain nearly to the Mediterranean Coast in the community of Valencia (a community is similar to a state), which is famous for its wildflowers.

Many European meadow sages handle colder winter weather. However, S. valentina is accustomed to the more moderate climate of the Sierra de la Murta Mountain valleys at the southeastern end of the Sistema Ibérico, near the city of Alzira (Alcira in Spanish) in south-central Valencia.

Sometimes this fancy yet tough sage can be found in Valencia's northern provinces, but it's mostly located in southern Valencia.

Along with Spanish, Valencians speak their own dialect of Catalan, the ancient Catalonian language based on a rough form of Latin that conquering Roman troops contributed to local culture.

In Catalan, murta (mirta in Spanish) means "myrtle," a species that is the focus of annual spring celebrations in which Valencians shower streets with myrtle petals.

Wildfires periodically reduce S. valentina in the wild. However, Quiles Hoyo says that it currently is plentiful in southern Valencia around Alzira, the city of Gandia, and the mountain village of Barx.

Although S. valentina generally is considered endemic to Valencia, Quiles Hoyo says it is also found on occasion further north in Barcelona.

A Bit of History & Some Questions
Danish botanist and zoologist Martin Henrichsen Vahl (1749-1804) gave Strong Spanish Sage its scientific name in 1804 and included it in his book Enumeratio Plantarum shortly before his own death.

Vahl was a professor at the University of Copenhagen and a former student of Carl Linnaeus, who is often called the father of botanical nomenclature.

Did Vahl find S. valentina? We don't know. However, he went on plant expeditions in Europe and North Africa in the mid 1780s and later encouraged students to do the same. Perhaps it was a student discovery.

At FBTS, we pride ourselves on finding worthy, overlooked plants to add to our online Salvia nursery. We also pride ourselves on constantly adding to what we know and sharing that knowledge. Whether you have questions about Spanish sages or any of the plants in our catalog, please call or send us an email. We're in the garden, but available if you need us.