Pixels Not Print: Go Paperless in 2013 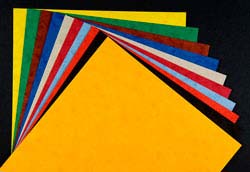 What if Google declared war on the paper industry, but hardly anybody made a big deal about it?

Well that sentence isn't likely to rise to bumper-sticker fame, but it kind of sums up the lack of sizzle on both sides of the 'Go Paperless in 2013' campaign spearheaded by the Internet giant's Google Drive cloud storage division in conjunction with the following companies:

Pixels Not Print at FBTS
As you may remember if you are a loyal reader of this blog, in mid-January, we announced that we will never, ever, ever publish a print catalog due to our interest in commonsense business practices as well as our concern for the environment.

Catalogs are far too abundant in American mailboxes, and they are outdated by the time they arrive. Online catalogs make more sense to us. They eliminate waste of time and materials and keep our prices low enough for you to afford a beautiful Salvia garden.

So we were interested last month when the Go Paperless drive was announced. However, judging by the lack of oomph about the topic online, the initiative is smoldering instead of catching on fire. Perhaps that's because so many of us began going paperless years ago and it no longer surprises us.

Practical and Important But Not Novel
The initiative arrives at a time when few people find it novel to bank, pay bills, consult with doctors or write letters online. Going paperless is beginning to gain momentum without nudges from Google or screams from Big Paper.

Here is some evidence:

We could go on and on, but that bullet-riddled paragraph is beginning to snowball. So, okay, going paperless in 2013 isn't very exciting, but it is growing bigger on its own. It's a good idea even if nobody intends to go completely without.

Just in case you didn't read paragraph three or pay attention to our very fine Pixels Not Print manifesto last month, we'll shout our message again: Flowers by the Sea will never, ever, ever (that's right, never) print a catalog. We believe in online catalogs. We won't even send you printed instructions about how to grow our plants. Instead, we'll send you an email offering directions. And some day, who knows, maybe we'll send you an e-valentine.

Very nice healthy plants arrived at my door. Great packaging to keep them safe. I received emails for taking care of my plants, when they would be shipped and when to expect them. I have beautiful growing salvia that are blooming black and blue already. Extremely happy with this company....
Cathy Stoops
Truly one of the most rewarding nursery orders I have placed. When the plants arrived, they looked like they had been lovingly cared for, not just watered. The two plants I ordered are doing well. The Heatwave Glimmer is my favorite. What an exceptionally beautiful plant. And a fast grower. I...
Megan
Just received my plants today from Flowers by the Sea,(my first order) and WOW, they are fantastic! I could smell them outside of the box, so when I opened it, it was awesome! The packing was great, and I am so glad I received them before it got too hot here in Texas! I cannot wait to plant...
Ruby Blanchard
Kermit Carter at Flowers By The Sea is totally in a class by himself ! I have been a avid \"grower\" for 55 of my 81 years, always pursuing knowledge from nurserymen and growers. The CA drought took me to fbts, because azaleas, camellias, and rhododendrons are no longer in vogue! The several...
Gerald Czamanske

Laura
I cannot rate this company highly enough! Wonderful web site, endless interesting varieties, excellent service, and strong, healthy plants which arrive ready to grow practically right out of the box. I wholeheartedly recommend Flowers by the Sea to all my gardening friends, and only wish I'd...
Mary Jo Ballator
I received my most recent shipment last week. I'm always amazed to see how fresh and fluffy the plants arrive. I always have excellent results with your plants. The quality is delightful. Thankyou for such good service.
ZoeAnna Hall
Everything arrived quickly and in very good shape. I did get a surprise with my Torch Lillies, a little lizard. I hope he wasn't too traumatized by his trip.
Susan A Klein

Randy Collins
Always healthy, great looking plants when I unpack them. Really appreciate the huge selection of unusual plants that have become so hard to find. Thanks you FBTS!
christine kelley
Submit a Testimonial
Read More