A Guide to Growing and Respecting Sacred White Sage 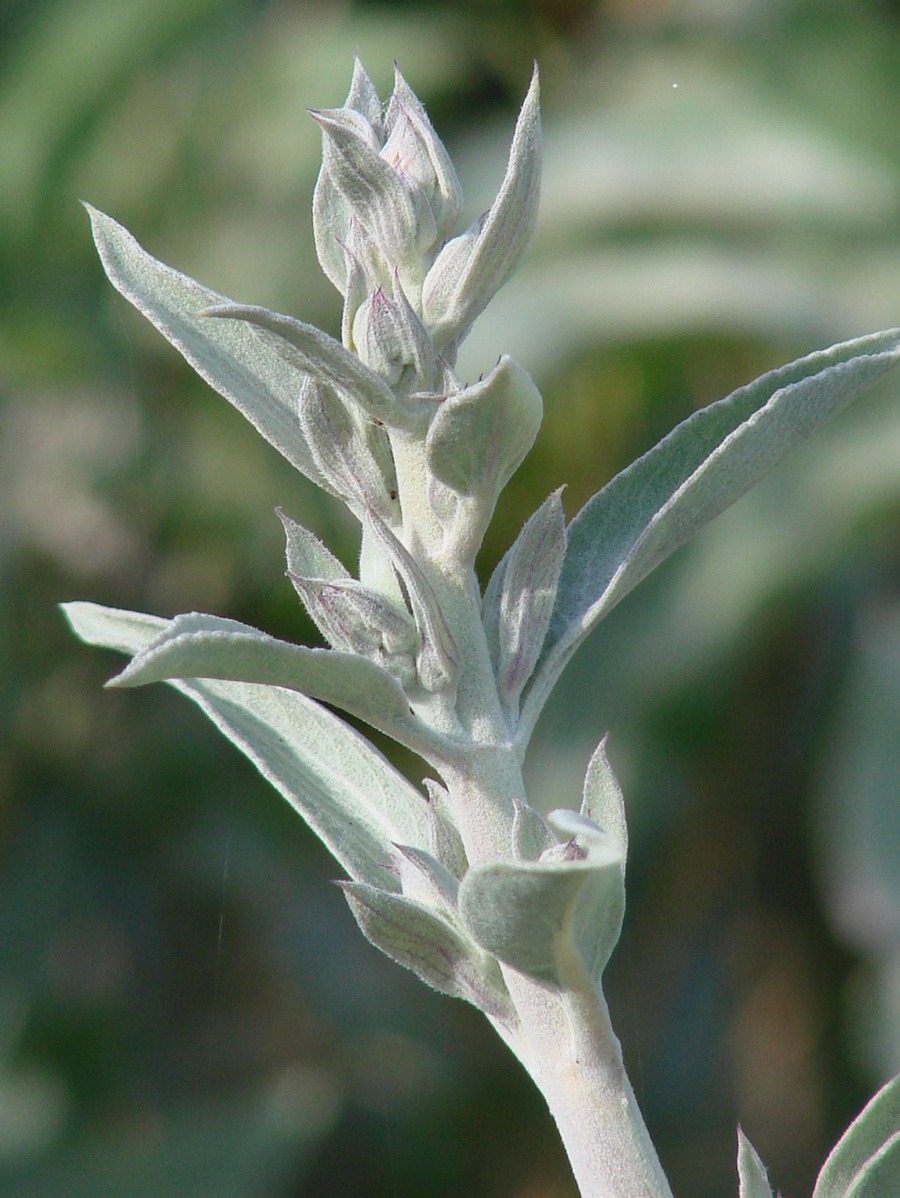 This article focuses on proper cultivation and use of Salvia apiana, the only kind of White Sage we grow at Flowers by the Sea Farm. It is also the only plant detailed in our accompanying Guide to Growing Sacred White Sage.

To this day, Southern California tribes still use Salvia apiana for smudging, a spiritual practice in which they burn fragrant leaves from the plant — singly or in bundles with other plant materials — to create sacred smoke during purification and healing ceremonies. Historically, Southern California native peoples also relied on it for basket-making material, food, and medicine.

The history of Christian missionaries and Native Americans are uncomfortably intertwined due to harsh church practices beginning in colonial times, such as forced conversion. Yet many Native Americans are members of the Roman Catholic Church. One early twentieth century convert was Lakota medicine man Nicholas Black Elk — the subject of the 1932 book Black Elk Speaks — who melded his two religious traditions and became a Catholic lay minister. Black Elk is currently being considered for canonization as a saint. Smudging was one Lakota ritual that Black Elk incorporated in his ministerial work.

Smudging has become a casual social phenomenon nationwide, such as when people hold smudging parties to celebrate non-religious events like decluttering a home (Bless this former mess!). Along with blog posts about how to make designer smudge sticks, this out-of-context adoption of religious rituals has led to angry accusations of “cultural appropriation” on social media.

After all, would it be okay if the Christian-communion ritual of dipping bread or wafer-like hosts in a wine filled chalice began trending at dinner parties or cultural events like art shows?

We grow White Sage at Flowers by the Sea Farm because we love its fragrance from the silvery green foliage that almost looks white and also appreciate its appeal to pollinators. Occasionally, we burn a leaf indoors to enjoy the soothing smell of its resins, but we don’t grow it to sell smudge sticks commercially.

We respect the spiritual practices and history of North America’s first nations for whom Salvia apiana, Artemisia ludoviciana, and other native plants are so culturally important. Southern California tribes that have a long history of nurturing White Sage include the Cahuilla, Chumash, Kumeyaay, Luiseno, and Tongva. It takes excellent observers of nature to figure out how to help such a challenging plant thrive, something these native peoples did as a hunter-gatherer culture long before America was colonized.

White Sage survived the California Mission system’s introduction of large herds of cattle in the 1700s. Although the cattle probably weren’t inclined to forage on White Sage (deer also dislike its strong resins), they trampled the plant’s habitat and caused it to decrease.

Today, poachers endanger White Sage by stripping whole stands of it from the wild in California to sell to companies producing smudge sticks. Also, Southern California agricultural companies that specialize in growing it for the nationwide smudging market threaten its survival according to a November 2019 article published on the website of Citizen Potawatomi Nation (CPN), which is situated in Oklahoma but is a sovereign Native American government.

The article is based on an interview with Kaya DeerInWater an assistant at the CPN community garden. DeerInWater notes that agricultural industry producers of Salvia apiana centered in Southern California aren’t growing the plant sustainably. They harvest “entire hillsides and large acreages at a time to meet customer demand.” He adds that this clear-cutting of the plants at their base doesn’t allow for continued growth.

DeerInWater points out that the overuse of California White Sage is partly due to people nationwide wrongly thinking that Salvia apiana is the only White Sage used in Native American spiritual traditions. One traditional smudging plant he suggests becoming acquainted with is, of course, Artemisia ludoviciana, which the Potawatomi tribe grows in its garden. He emphasizes that “California sage cannot handle everybody’s spiritual needs.”

So, when purchasing smudge sticks or leaves to make them, consider whether California White Sage is really the authentic choice for your part of the nation. If you do purchase it as leaves or wands, find out whether you are buying from a company that deals with reputable growers.

However, an even better solution may be to raise your own if you live in an area where growing conditions are right for Salvia apiana.

Salvia apiana isn’t an easy sage to grow. So many things can happen during the journey from greenhouse propagation to backyard success. For example, it's difficult to get plants to root from cuttings, and growing it from seed also has a low percentage of success. Germination is slow and erratic. (Considering the plant’s important role in smoke-based religious rituals, it’s fascinating that treatment of White Sage seeds with cool smoke is one of the techniques for improving production of seedlings.) Then, after rooting from cuttings or germinating, the plants are slow to develop into saleable size.

Other reasons why White Sage is uncommon in the nursery trade include it not being well adapted to most of North America. To succeed in with it, you need to closely follow the information about growing conditions in our Guide to Growing Sacred White Sage.

Also, please be aware that extremely drought-tolerant sages struggle to look their best when shipped in boxes. But don’t panic if you buy a White Sage from us that arrives looking a bit frazzled. Open and unpack your box of plants as soon as they arrive. Then follow our directions (we send a detailed email before delivery) about how to help them perk up in partial shade for a few days before planting. Here’s an article about understanding the shipping journey.

Please contact us if you have questions about the challenges and rewards of growing California's Sacred White Sage or any of the hundreds of Salvias we cultivate at Flowers by the Sea Farm and Online Nursery. 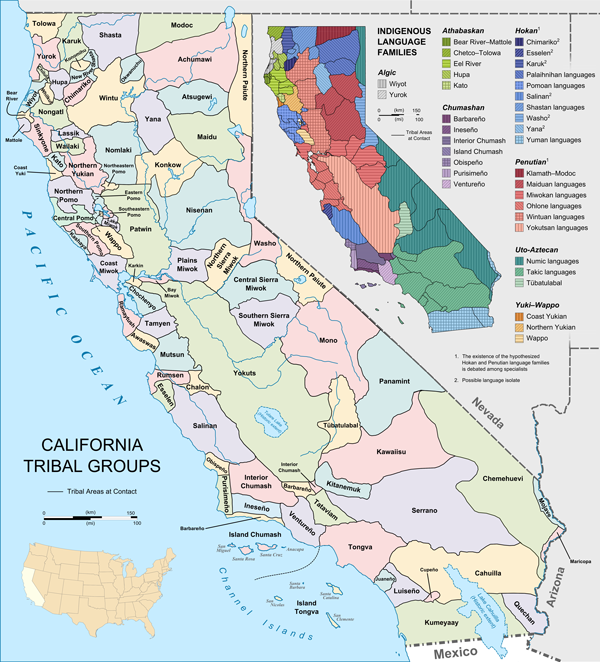 Southern California tribes that have a long history of nurturing White Sage include the Cahuilla, Chumash, Kumeyaay, Luiseno, and Tongva.

White Sage (Salvia apiana) is a shrub that is endemic to low elevations of the coast, hills, and valleys of Southern California and Baja, Mexico. These areas have Mediterranean-style climates where winters are wet, summers are dry, and temperatures are moderate year-round.

The plant communities where Salvia apiana naturally occurs include coastal sage scrub and chaparral areas. The coastal sage scrub area is dry but foggy and has shorter plants than those in drier, inland chaparral. Plants in coastal scrub areas are drought deciduous types. This means that instead of remaining full and green during summer, they generally lose their leaves at that time. In contrast, chaparral plants are evergreen and generally have tough leaves that aid moisture retention. So, White Sage might act deciduous in one location and evergreen in another.

In its plant profile of Salvia apiana, the Natural Resources Conservation Service (NRCS) notes that the plant also is found in Southern California’s yellow pine forests and desert scrub lands. NRCS also states that it “generally” grows at elevations from 300 to 1,500 meters (about 980 to 5,000 feet).

When growing Salvia apiana from seed outdoors in its native range, sow it in autumn before California’s winter rains begin. Similarly, if you live within its range and purchase a pot for transplanting, fall is an excellent time to set it in ground. This is partly because autumn is a cooler, more planting-friendly season. However, it's also because growth within its endemic region is strongest during the rainy season from January to April. Outside of its native range, transplant White Sage in spring as weather warms.

As it grows, White Sage develops a wide, spreading root system. So be careful when digging soil near it to fill in the landscape with annuals or other perennials.

Salvia apiana is perennial within USDA Plant Hardiness Zones 8 to 11. Although some sources list it as tolerating Zone 7, which has an average annual minimum temperature of 0 degrees F, we are more confident in its ability to withstand the Zone 8 average minimum of 10 degrees F. Of course, temperature is just one of many factors affecting winter survival.

Most Salvias don’t grow well in soggy soil. This is especially true for drought-resistant types like Salvia apiana, which prefers coarse or loamy mineral-rich soils that drain easily and provide excellent aeration. These include soils based on grit from rock matter such as granite, sandstone, and shale. However, we’ve found that White Sage also succeeds on dry, clay slopes where the angle improves drainage. In the wild, it usually grows on slopes.

If rainfall is light after planting, provide regular watering to help establish roots. Figuring out how much watering is necessary can be difficult at first, because the root ball of Salvia apiana dries faster than its surrounding soil. Here’s a helpful article about what to do if dry root ball occurs.

With any sage — and especially drought-tolerant types —avoid creating soggy conditions. Let the ground dry out a bit between each watering.

Once it’s well rooted, Salvia apiana is an ideal dry garden plant that survives on natural rainfall. However, outside its native range, even a few days of steady rain or overwatering can cause failure. This is especially true during summer, which is its dormant season and a time when White Sage tolerates little moisture. Be ready for difficulties, if you decide to try growing it in an area where summer rainfall is the norm.

If you plant Salvia apiana in ground where the soil is rich in mineral and organic matter, it may need no more fertilizer than the amount FBTS applies before mail-order delivery. However, feed container plantings lightly about every two months with a balanced fertilizer.

White Sage grows well in containers yet prefers a pot that is small relative to its size, because this decreases the risk of overwatering. Later, when it seems like your sage is getting crowded in the pot, gently remove it to check for rootbound conditions, such as darkening of the roots. Then move it to a slightly larger container with new potting mix. Here’s a video about the repotting process.

White Sage is not a successful houseplant, because it needs full, direct sun and excellent air circulation.

Salvia apiana is a small, upright shrub with little branching. Its whitish green leaves, which grow in tight basal rosettes, are stiff and just a bit fleshy. This succulence, coupled with the leaves’ habit of folding down during drought, help the plant survive long dry spells.

This sage grows slowly, so you can expect it to take two to three years to reach a maximum size of about 36 inches wide and tall. When in bloom from spring to summer, its height can reach 60 inches.

Pollinators love mint family plants, particularly Salvias, which are also referred to as the “true sages.” When in bloom, Salvia apiana is a busy, buzzy species that attracts hummingbirds, bees, butterflies, and other insect pollinators.

TYPES OF WHITE SAGE AT FBTS

We grow four types of White Sage at FBTS, including two popular hybrids. Here are links to the plant descriptions, which include detailed information about their characteristics:

Peter • 348 days ago
Thanks you for the article. Whats your advise on container depth for growing indoors? Will a standard pot shape be OK or should I opt for a wider pot that's not as deep?
3 0

Leslie MacGregor • 246 days ago
Growing this species indoors is a true challenge, with no guarantee of success.  In any case a standard clay pot shape is probably gest for drainage reasons.
0 0

AJ • 103 days ago
I've had good luck growing S. apiana in a container. I move it outdoors in the summer, take it in in the winter -- we're Zone 6 here. Regular watering but not overwatering is key. And it can sulk for months if you prune it wrong, as I did a couple of years ago. I believe I added perlite to my usual potting medium, which is coir-based.
1 0