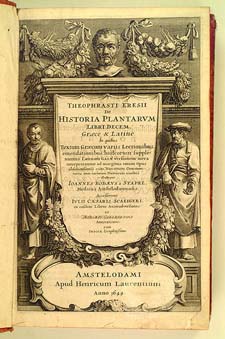 Sometimes common plant names can be misleading when you are shopping or looking for information about a specific plant. What gardener hasn’t, at some point, confused pot marigold (Calendula officinalis) with true marigolds (Tagetes spp.)? Another example is that although many plants are called “sage,” not all are members of the true sage genus known as Salvia.

Unlike common names, which often are shared by more than one species, botanical plant names are singular. With limited exceptions, each name identifies only one plant. Carl von Linne, better known by his pen name Linnaeus established the practice of using Latin in biological names in 1753 -- long after Latin had ceased to be a spoken language -- in order to get confusion under control in the world of plant exploration.

So when your tongue gets tangled trying to pronounce Salvia guaranitica instead of saying “Anise Sage,” remember that Linnaeus was just trying to set things straight.