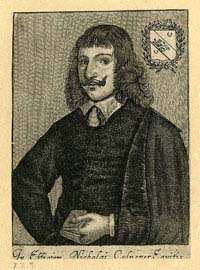 In 1814, British physician Nicholas Culpeper touted the medicinal properties of Sage in his book Culpeper’s Complete Herbal. In it, he recorded dozens of medical uses for “ordinary garden Sage.” Included among his references were recommendations from ancient Greeks and Romans.

One questionable application mentioned was ancient Greek physician Dioscorides’ claim that drinking a “decoction” of sage leaves and branches could make your hair black. However, in repeating ancient Roman physician Matthiolus’ assertion that Sage juice can soothe headaches – or “defluctions of rheum from the head” – Culpeper provided advice that is still followed today by people who drink sage teas.