Your cart is empty.
You are here    Flowers by the Sea / / Salvia Summit II: An International Gathering of Sage Thought, March 7 to 10... 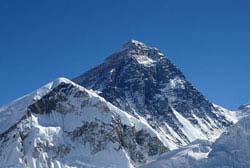 Salvias thrive in many different climates and parts of the world. Consequently, those who love the genus are an international tribe stretching from Alaska to Argentina and from South Africa to Southern California. Members of the tribe, from Salvia experts to home gardeners, will gather March 7 to 9 at Huntington Botanical Gardens in San Marino, California, for Salvia Summit II.

Speakers will include academics, horticulturists, researchers and a forensic scientist who focuses on the chemistry of Salvia species, especially S. divinorum.

Program & Tours
Registration and a social gathering will be held from 5 to 7 p.m. at the Huntington Gardens on Thursday, March 7. Presentations on March 8 will start at 9:15 a.m. with the last talk of the day beginning at 7:30 p.m.

Program topics on March 8 will range from Salvias of various geographic areas -- Argentina, Australia and North America with a specific focus on California -- to forensic research, pollinators, medicinal use and wooly species. Tours of the Huntington Gardens, which contain 50 Salvia species, will be held late afternoon. The Salvias are part of Huntington’s subtropical collection, which includes the popular Purple Majesty Sage (Salvia guaranitica x gesneraeflora 'Purple Majesty') that is a member of the Anise-Leaf Sage group (Salvia guaranitica spp.).

Saturday’s events will begin with a tour of the Rancho Santa Ana Botanic Garden, which has the largest garden dedicated to California native plants. A plant sale plus seed exchange and auction is scheduled during lunch at Huntington Gardens. Presentations in the afternoon will focus on Salvias in Western Mexico, South Africa and Europe.

Weather isn’t always warm and sunny in Southern California. For those who intend to participate in a field trip, Summit organizers recommend dressing in layers, bringing rain gear and wearing hiking boots or other comfortable walking shoes appropriate for wet conditions.

International Speakers
Frank Zona, a Miami botanist for Florida International University as well as a professional garden photographer well known for his vibrant pictures of Salvia, is scheduled to open the presentations with a broad discussion of the genus’s botany.

Although plans are still somewhat tentative, other speakers -- in order of appearance -- on March 8 include:

Summit presentations will conclude on Saturday afternoon, March 9, with:

Registration, Transportation and Lodging
Salvia Summit II is a not-for-profit event for which speakers are providing their time free of charge. Any leftover funds from registration fees, which are $230 per attendee, will be split among the speakers.

Summit organizers note that Pasadena is the closest city with numerous lodging choices. They have made arrangements for a group rate at the Howard Johnson Pasadena, which is about two miles away from the Huntington Gardens.

Burbank’s Bob Hope Airport (BUR) and the Los Angeles International Airport (LAX) are the airports closest to the conference site. LAX is about 30 miles away.

Learning and Sharing
Salvia Summit I was held in 2008 on California’s Central Coast at Cabrillo College, which has the largest institutional collection of Salvias in the United States. It was a great time for learning and sharing, and we expect that Summit II will be equally exciting for Salvia enthusiasts and professionals.

At FBTS, we know that the conference will give us lots of ideas for useful blog topics so we can share the wealth of information with you in future months.

The Salvias were very healthy and full, packed with care, and arrived undamaged all the way from California to Rhode Island. I highly recommend Flowers By The Sea. Their customer service is excellent!
Daune Peckham
Finally getting to tell you how pleased I am with the Salvias I ordered. They were better than I expected.Packed beautifully to make the cross country trip. I have planted them in my garden and am patiently waiting for them to bloom. One has started Salvia macrophylla Tall Form. The color is...
Mrs. Judith Hobbs
FBTS is a valuable gem I discovered and could not be more pleased. My first delivery was not in good shape at all due to being out of town when delivered and they were packaged too long. However, the owner made the effort to satisfy his customer by replacing the plants and sending me a bonus...
A. Miller

Cj Brander
I received my plants from FBTS Yesterday. I immediately opened the box and was in awe at the size and healthy condition of the plants even traveling from California to NY. The plants were perfect and even had blooms and buds ready to open when they arrived. I carefully unpacked them and...
Penny
I am a first time customer and had reviewed this site's selection several times before buying. I hesitated because I thought the plants were a little pricy and shipping costs were higher than I was expecting. I found the money was well spent. The plants arrived quickly and were absolutely...
Kristine A Smith
Three out of the four salvia plants I ordered were outstanding. The fourth was one I would have never selected at a nursery as it was very mediocre in shape as the top had been lopped off and it wasn't full. I hope it will grow out of it's current sad condition and become a nice plant. Hated to...
Carolyn Rice
Everything arrived healthy. I like that the long blades of my kniphofia were wrapped in paper to protect them. The prices are good, so that even with the cost of shipping them across the country it was a little cheaper than some other places.
Kevin
Two months later, two Elk Giant Orange, each in a contemporary (self-watering) white container on a windswept balcony facing north with a few hours of morning sun at best, are resplendent show stoppers with all 30" of them covered in brilliant orange-red flowers. Not sure you could ask more of...
W P Tollinger
Thank You for the Great Service and 5 Beautiful Cherry Chief Sage plants. All arrived safe and sound because of the Great detail of packing them! The Plants spent 4 days under Grow Lights because of the threat of hail and damaging winds in my part of Texas. Been in-ground now approx. 3 weeks and...
Patrick Abdo
Submit a Testimonial
Read More