Salvia darcyi x splendens 'Roman Red' will be available to ship on Mar 29, 2022.  Just in time for your early spring planting
Pre-ordering allows you to secure the plants you need for your garden now, for delivery at the appropriate time for planting.
Details
Send to friend
Ratings & Reviews
From The Blog
Cultural Icons

Compact and heavily branched, Salvia darcyi x splendens is smaller and has a more rounded, tidy form than most of its Scarlet Sage relatives in our catalog. It’s a good fit for tucking into container plantings, along pathways, and at the front of flowerbed borders whether in full sun or partial shade.

When considering a new hybrid, it’s difficult not to get caught up in questions of which side of its lineage it most resembles. For example, similar to its native Mexican parent Galeana Sage (S. darcyi), Roman Red has triangular, mid-green leaves. In contrast, its native Brazilian parent Scarlet Sage (S. splendens) has blue-green, oval foliage. Also, the flowers of Roman Red are larger than those of S. darcyi.

One characteristic yet to be defined concerns the relative cold hardiness of Roman Red, which is something we haven’t yet had a chance to test. However, given the hardiness of S. darcyi — native to an altitude of 9,000 feet in the eastern mountains of the Sierra Madre Occidental —it’s possible that Roman Red may handle lower temperatures than S. splendens.

This Sage will attract bees, butterflies, and hummingbirds.  In fact, hummingbirds love it!

I highly recommend this beauty. My hummingbirds loves it and it is a gorgeous display of wispy willowy delicate red flowers. 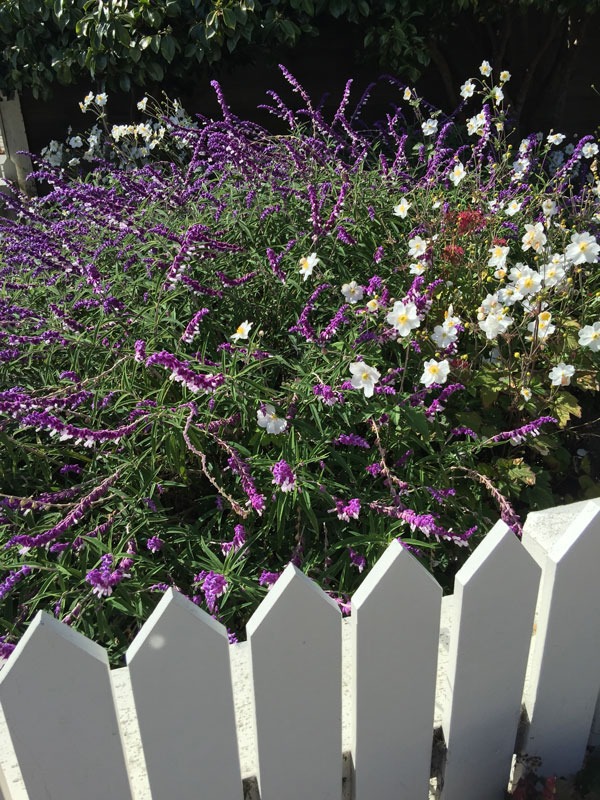 Romantic visions of small, rose-covered houses with thatched roofs and bountifully blooming yards don't tell the story of how cottage gardens came to be in the Middle Ages due to a devastating pandemic. FBTS Farm and Online Nursery talks about cottage gardening past and present.