(John Whittlesey Sage) Hardy, vigorous and long blooming, John Whittlesey Sage is a hybrid of D'Arcy's Sage (Salvia darcyi) -- a native of Mexico -- and Mountain Sage (S. microphylla), which is native to the American Southwest and Mexico.

The long flowering season of this sage makes John Whittlesey Sage a garden favorite; it begins bursting with salmon-red blooms early in the growing season. You can grow it as a bedding plant in areas with winters cooler than those of USDA Zone 7. In warmer zones, this tidy sage is an herbaceous perennial.

Hummingbirds love the bright red flowers of this full-sun, heat-tolerant plant that makes a tall but effective groundcover. However, it is generally used in mixed borders.

Horticulturist Mike Thiede of Chico, California, developed this sage and named it for John Whittlesey of Canyon Creek Nursery in Oroville, California.

Sometimes surprises occur in the garden, especially if you plant Salvias. Sages in the Salvia greggii and Salvia microphylla Group are particularly inclined to hybridize naturally. 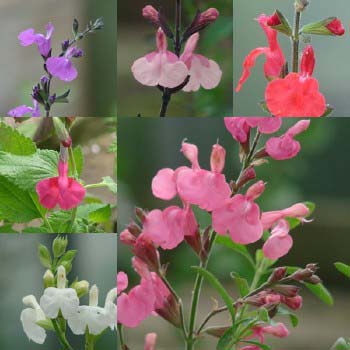 Without a doubt, this group of closely related plants are the most widely grown of the genus. From 'Hot Lips' to 'Texas Wedding', there is something here for everyone. 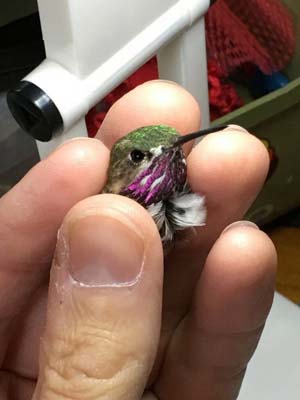 It is ironic that one of the least social types of birds inspires so much sociability in human beings. We refer to hummingbirds, which are the object of festivals and the communal effort of bird banding research nationwide. This is the third and final article in a series about renowned hummingbird expert Nancy L. Newfield, who grows many Salvias in her hummingbird gardens. We recount a visit to Louisiana to observe Newfield and her team banding hummingbirds in winter. You'll also find a rainbow of top hummingbird Salvias listed here.