A Guide to Successful Potting Soils for Salvias 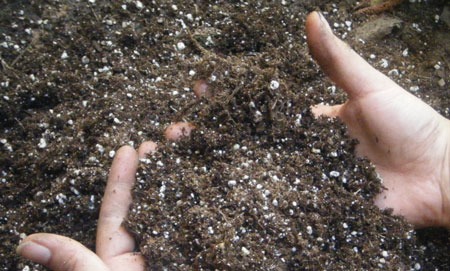 One of the decisions that gardeners face in spring is what kind of potting mix to use for outdoor container plants. It can be confusing, especially for new gardeners.

For Salvia lovers, one perplexing decision involves plant selection for container gardens. Resolving that issue is relatively easy when accessing the Flowers by the Sea website on a laptop or desktop computer. Each time you open a plant category in the menu of our online nursery catalog, such as Salvias A to Z, a list of product filters appears including the subcategory “container plant.” Also, the Details List on the opening page of a plant description notes whether it is suitable for container growing.

A more confusing question concerns the best potting soils to use for Salvia container gardens.

One of the first questions new gardeners raise is whether it’s okay to use regular soil in pots. The answer is almost always “no” although there are some organic potting mixes that include small quantities of garden soil.  But soil from the ground compacts easily in containers, and this harms plants by decreasing the tiny spaces between soil particles through which water drains and roots access oxygen.

FBTS customers often ask us what kind of potting media to use for flowers in the Salvia genus — the 1,000-plus true sages. We say that it depends on the kind of sages you plan to grow and the types of mixes available at local garden centers and supermarkets — places where most people get potting soil.

That isn’t anywhere close to a sufficient answer, so we’ve created this guide — How to Select & Amend Salvia Potting Soils. It includes a broad range of information about potting mixes, including the purposes of particular components. The guide covers how to find a mix with good drainage — something crucial to success with Salvias — and how to amend mixes for sages that need either very little or a lot of water. And it touches on environmental concerns, such as local sourcing of soil mix ingredients and ways to recycle the material when it needs replacement. Let’s dig in.

All Salvias need good drainage so that moisture, whether ample or extremely limited, isn’t retained overlong. So, rule number one in container gardening is that when selecting pots, you need ones with drain holes in their bases.

Rule number two is to test your potting soil for drainage before planting in it. Fill a small pot with the mix, add water, and then observe how long it takes for the soil to become saturated and for excess water to drain. It may be that the potting mix is too porous or hydrophobic (water resistant) due to not containing enough absorbent materials.

Rule number three is to perform the squeeze test with a bare hand after the excess water flows out. After the potting mix is saturated, compress a handful to feel whether it crumbles (good) or turns into a squishy lump (bad).

As you go through this process, keep in mind that some sages — such as ones native to arid settings — need minimal watering and rapid or “sharp” drainage. At the other end of the spectrum, you’ll find certain woodland riverbank species — such as Anise Scented Sage (Salvia guaranitica) — that tolerate lots of moisture and slower drainage.

The page that opens when you click on the Cultural Icons Tab for each plant description in our online catalog indicates how much supplemental watering the plant needs. This may affect what potting mix you choose. The watering categories are:

Soil is a complex mix of organic and inorganic matter as well as living organisms that may be beneficial (for example, earthworms) or harmful (like disease-causing bacteria) to plants. Its organic matter includes composted plant materials, such as leaves, and animal manure. The inorganic components in soil are sand, silt, and clay from erosion of various kinds of rock.

In contrast, potting soils are manufactured mixes that are often referred to as being “soilless.”

Potting mixes are called soilless because they aren’t made of regular soil and are free of pathogens, insects, and weed seed. However, they do contain certain components often found in or added to garden soil, such as organic and mineral matter. These components aid the potting soil’s ability to hold and release moisture and to stimulate uptake of nutrients by roots.

Although garden centers sell national brands of potting soil, many also offer regional mixes that include materials sourced nearby and are related to the chemical structure of local water. From region to region, significant differences may exist between these mixes.

For example, the kinds of pine and fir bark used in mixes vary based on what is locally available. By resourcing soil mix components locally, manufacturers save money on transportation. A more exotic example of local sourcing is the “mastodon peat” from a Colorado Rockies archeological excavation site that a southwestern Colorado company includes in one of its coir-based potting mixes.

The U.S. Department of Agriculture doesn’t regulate the labeling of potting soil. Consequently, ingredient lists on these mixes often lack detail. But if you were to read closely the ingredient list on one major national brand, you’d notice an important regional difference between its New Hampshire potting soil and mixes for other states. The New Hampshire product contains Sphagnum peat moss but not peat. Why? We don’t know except that maybe Sphagnum is more plentiful in the New Hampshire area. It's definitely a better choice for balanced pH.

Despite being native to a wide variety of countries and growing conditions, many Salvias are adaptable to standard mixes made up of the ingredients listed above.

Moisture-loving species also often thrive with rich soil. If that’s what our catalog notes for a Salvia or companion plant you intend to buy, make sure your potting mix contains fertilizer. Provide supplemental feeding by placing slow-release fertilizer beads on top of the potting mix or including soluble fertilizer in a regular watering one day a week.

Before potting a water-loving plant, you can also add extra compost to the mix at a ratio of about one-fourth compost to three-fourths potting soil. You may also want to boost water retention with a scoop of vermiculite.

Salvias at the other end of the water and fertility spectrum, such as FBTS Blue Tag Xeric Plants, need a more mineral-based soil. To our knowledge, there is no commercial mix that combines regular potting soil with a sharp-drainage, high-mineral material like a commercial cactus-and-succulent mix.

The most important rule to remember when container planting is to never put a small Salvia in a large container. Start small and size up as the plant becomes larger and well-rooted. Too much soil can lead to sogginess instead of the well-drained condition sages love. It’s a problem discussed in this article on Selecting and Arranging Pots.

The timing for sizing up depends on how rapidly a sage grows. All FBTS plants are shipped in 3.5-inch pots. A fast grower like Rhythm and Blues Anise-Scented Sage (Salvia BODACIOUS ‘Rhythm and Blues’) might be ready for a 7- to 8-inch pot (a gallon container) in about a week. Here is a helpful FBTS video about how to prepare a Salvia for repotting when its pot becomes too small for its roots (a condition called "rootbound").

Two last thoughts about the potting process: First, don’t pack soil into a container. It should be loose and airy. Second, stop filling a pot about 1-inch below its lip so the soil doesn’t overflow when watered.

One environmental issue gardeners face when choosing potting soil is the sustainability of potting soil materials. For example, although there are peatlands from the tropics to the arctic, they cover only 3 to 5 percent of Earth’s surface and take about 1,000 years to form.

Consequently, more potting soil manufacturers are exploring the use of coir and rice hulls to replace peat products. Of course, transportation is also an environmental concern regarding coir, which is produced in the Caribbean, Mexico, South America, India, Indonesia, the Philippines, and Sri Lanka.

Considering these supply issues, an environmentally friendly choice is to recycle worn-out potting soil by using it as mulch or adding it to compost heaps. Avoid reusing it in pots even if you plan on topping it with fresh mix. This can lead to disappointing plant growth.

Throughout the year, keep potting soil sealed in containers (the original bags, new garbage bags, or sanitized trash cans) and store it in dry locations like a carport, garage, or shed. Aside from soggy glop, open bags unprotected from the elements also lead to contamination by insect eggs, pathogens, and weed seeds.

Over summer, we all fall desperately in love with at least a few of our potted plants. Come autumn frosts, it’s difficult to watch them die. The solution for saving favorite perennials with roots that can’t handle freezing temperatures is to overwinter them indoors. If you’d like to learn how to do it, we recommend reading Quick Digs: Wintering Over Salvias Indoors.

You'll also find  information about growing Salvias and companion plants in pots in the Container Gardening section of our Everything Salvias Blog. Please feel free to contact us at FBTS Farm and Online Nursery for any questions you may have about our plants or to share your experiences with container growing of sages. We would particularly appreciate comments here about what kinds of potting soils are working for you.

Some Components of Potting Soil 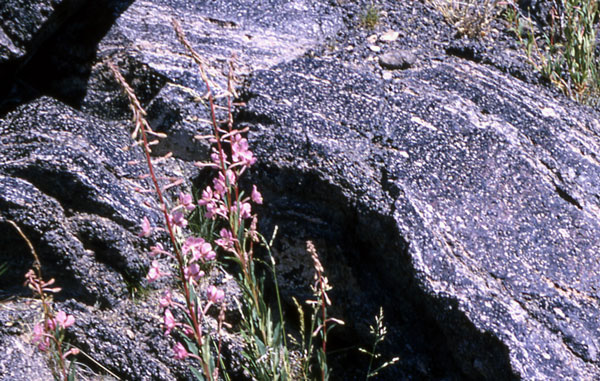 Perlite as found in nature 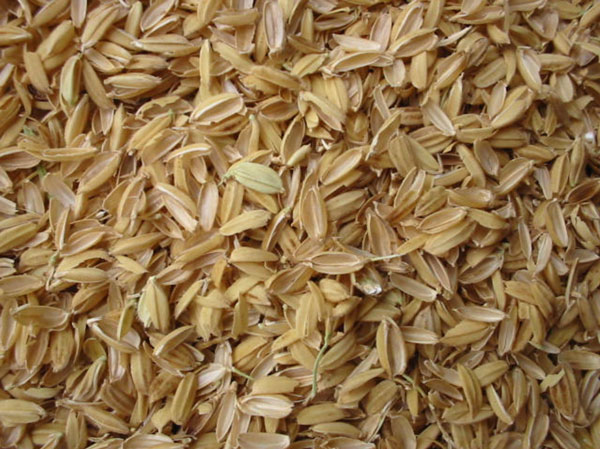 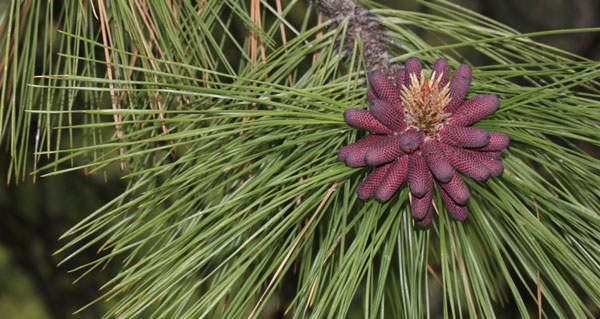 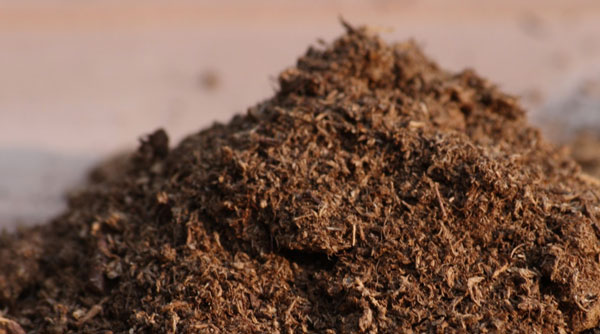 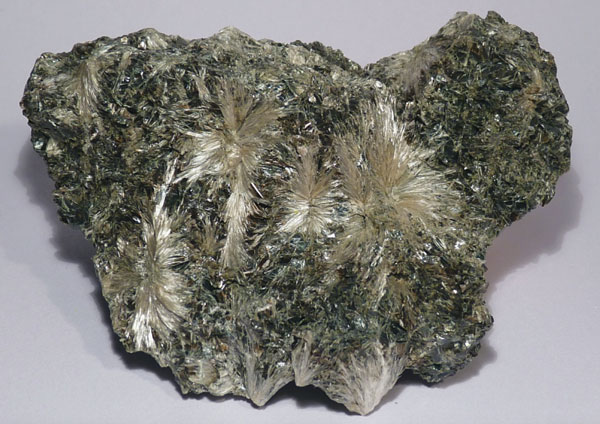 Previous Next
Please help by commenting on the brand and type of potting soil you have found to be useful. Include your location so as to help others find that material.
Edited Apr 25, 2022 05:00 PM
Alicia Rudnicki for FBTS

David F. Holland • 2 years ago
I use "Miracle-Gro" potting mix from Home Depot.  I don.t use the "moisture control" version as I find it is too heavy.
2 0

Lyn Trombley • 2 years ago
Thank you for that informative breakdown of soil products. Very useful. Have always been confused with all the options offered at the stores. Feel well informed now.
1 0
Question?